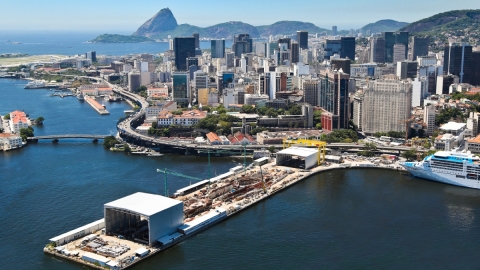 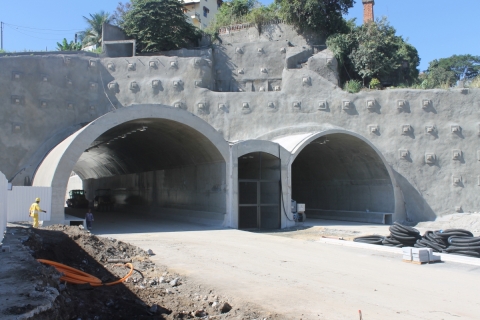 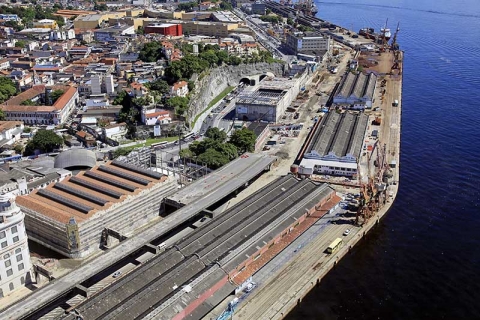 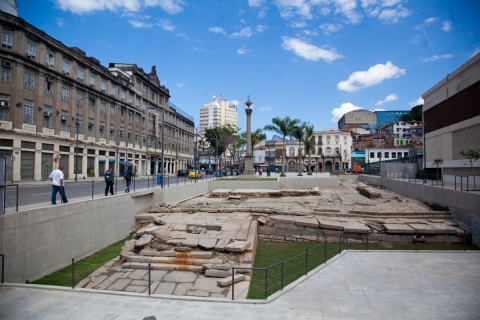 Rio de Janeiro’s waterfront region is one of the city’s oldest urbanized areas. Its strategic location has played a fundamental role in the city’s economic and social development. However, in the last decades, the impacts of new trends in industry and the modernization of maritime transportation, as well as an economic downturn, led the Port area into a decline process. The Porto Maravilha Urban Operation’s goal is to establish a new standard of occupation for the waterfront area of Rio de Janeiro, changing its stigma. It aims at providing Rio with a vibrant city center, where a sustainable urbanized area and a modern multimodal transportation system will blend with the region’s historical and architectural heritage. The project is also based on real estate development with emphasis on socio-economic development and social inclusion, in order to mitigate the gentrification process. All interventions in the port area follow principles of integrity, sustainability, social inclusion and social development. Moreover, the Porto Maravilha Operation established an innovative financial model of Public-Private Partnership (PPP) to ensure the project´s implementation in partnership with the private sector.

The project was developed in two phases and covers a total area of 5 million m², where 32.000 people reside (2012). The first one focused on infrastructure works, such as renewed sewage, drinking-water networks, telecommunications and street lighting public networks. In order to solve flooding problems, new water galleries were installed taking into account rising sea levels in the near future. Also in the first phase, the municipal government started the construction of the Rio Museum of Art (MAR), inaugurated on March 1, 2013.

The second phase focus is on a new urban mobility model that prioritizes pedestrians and public transportation. The main works are the construction of the Binário Avenue, of an Underground Express Highway and the construction of 28 km of the Light Rail Transit Lane (LRT). These transformations are expected to result in the repopulation of the area, from 32.000 to 100.000 residents in 10 years, as well as to improve the quality of public services offered in the area. Sustainable measures will increase the green area cover from 2.5% to 11%, improving the soil permeability. Furthermore, water, air and noise pollution will be drastically reduced. Moreover, the establishment of a new mobility system that prioritizes pedestrians, cyclists and sustainable public transportation are going to increase the traffic flow capacity. The Porto Maravilha Urban Operation also benefits the whole city of Rio, mainly the neighborhood nearby the downtown area, such as Ilha do Fundão neighborhood. The infrastructure changes in the city enable the creation of an innovative and high technology area in that area: the High Technology Park of the Rio de Janeiro Federal University (UFRJ).  The ongoing transformation in Rio is consolidating the City as an attractive business and development research center, enabling access to academic and scientific research, as well as qualified professionals for the private sector. In addition, the revitalization of the port area in Rio de Janeiro will reintegrate it with the city center as an example of sustainable urban development and productive social inclusion. Enhancing the value of the patrimony and the implementation of new cultural facilities will make it one of the most attractive areas of the city. The region will become a reference for the city in quality of life for residents, workers and visitors.